History and experiences of the Lenape Middle School History Corps

On February 27, I had the honor to tour the USS Somerset and interview some of the sailors, as well as the captain of the ship. As a student, I had never dreamed I would ever have this experience. 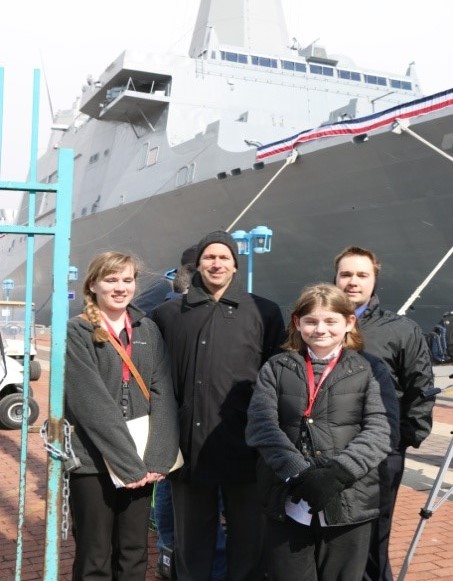 We toured the ship, viewed an osprey and a helicopter landing, attended a press conference with the captain, Captain Thomas Dearborn, and interviewed two of the sailors aboard the vessel. The entire time I remember thinking about how great it is that the USS Somerset if a tribute to the heroes of Flight 93. Everywhere we went aboard ship there were pieces of Somerset County and reminders of the heroes of Flight 93.

During the press conference with the captain, I was able to ask him how his education and training prepared him for the experience of captaining a ship. He 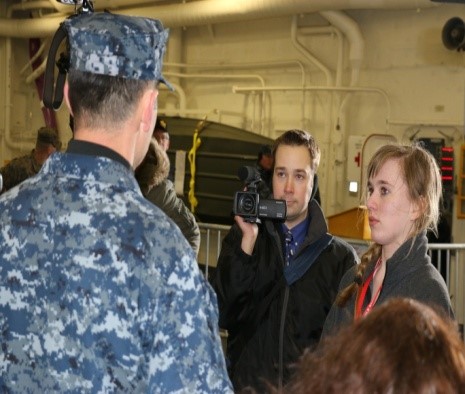 told me that his education played a part in preparing him but that his  experience aboard other vessels was the main factor that truly prepared him.

Both sailors were extremely honored and excited to be serving on the vessel. They seemed completely ready for whatever was going to be thrown their way. I realized that this is the best way to look at life no matter what your situation.

I continue to be moved by my experience aboard the USS Somerset. It was a once in a lifetime opportunity that I will never forget. The USS Somerset, 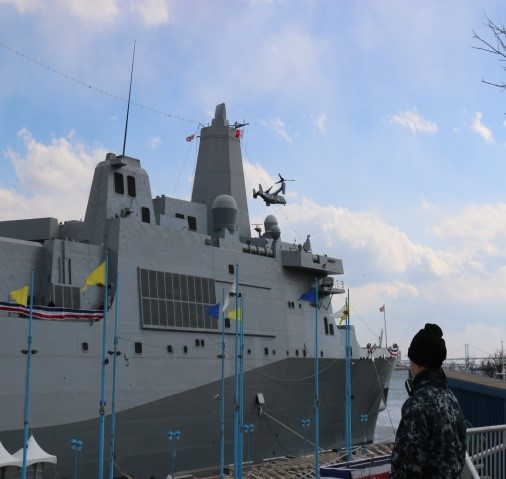 which honors the 40 crew members and passengers who were the heroes of Flight 93, was commissioned on Saturday March 1 and will leave Philadelphia on Tuesday March 4 to sail for its home port in San Diego. The vessel will then begin preparations to deploy.