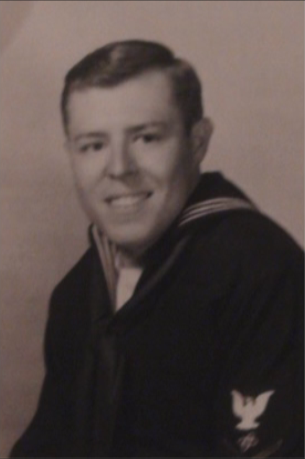 "Nobody ever forgets boot camp," Mr. Walter Treweek stated with a soft chuckle. To his left on the table sat his USS Essex CV-9 hat placed respectfully atop his coat. He was reminiscing fondly of his days spent in the United States Navy at the request of Lenape’s History Corps, a group determined to archive and catalog personal stories of the men and women of the United States Military. Mr. Treweek went on to explain the wretched experience of being exposed to tear gas during his days training at boot camp, "They wanted us to know what it felt like for the person on the other side." Around the room, eyes widened as he detailed the pain he endured at just 17 years of age, only a few years older than the members of the History Corps. Mr. Treweek’s account verified for the students the hardships and challenges that are often associated with boot camp. However, when Madison, an 8th grade interviewer for the History Corps, inquired about any qualms Mr. Treweek may have had after joining the military, he offered a short, confident response, "I have no regrets." He added that although the training may have been difficult, boot camp "taught you real life stuff . . . to stay afloat and stay alive."

As the interview continued, the interest grew on the students’ faces. The opportunity to hear firsthand accounts from members of the military is the primary driving force behind Lenape’s History Corps. The students are exposed to the history that never made the Six O’Clock News, or the Sunday paper. Mr. Treweek proved to be an invaluable resource for the students, offering anecdotes that otherwise they may have never heard.  The interviewers were brimming with questions. "What is one of your most memorable moments on the USS Essex?" Cameron, another 8th grade interviewer, enthusiastically asked. Mr. Treweek took a moment to think, sifting through in his memory the hundreds of stories that came to mind. He finally settled on a harrowing tale of a Soviet plane that exploded right next to the USS Essex one day in 1965. The members of the History Corps were taken aback by the details; the plane had been flying low to the ocean. Its wing clipped the water, and within seconds the plane had erupted in flames. "To see it was awful, but you just couldn’t believe it happened . . . you just don’t forget something like that," Mr. Treweek said, seemingly still in disbelief of the event that happened nearly five decades ago.