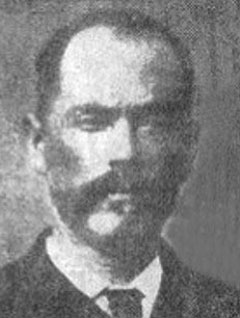 The President of the United States of America, in the name of Congress, takes pleasure in presenting the Medal of Honor to Coal Heaver Charles H. Baldwin, United States Navy, for extraordinary heroism in action while serving on board the USS Wyalusing and participating in a plan to destroy the rebel ram Albermarle in Roanoke River, North Carolina, 25 May 1864.  Volunteering for the hazardous mission, Coal Heaver Baldwin participated in the transfer of two torpedoes across an island swamp.  Weighted by a line which was used to transfer the torpedoes, he swam the river and, when challenged by a sentry, was forced to abandon the plan after erasing its detection and before it could be carried to completion.  Escaping the fire of the muskets, Coal Heaver Baldwin spent two days and nights of hazardous travel without food, and finally arrived, fatigued, at the mother ship.

The USS Wyalusing, a 974-ton “double-Ender side-wheel steam gunboat, was built at Philadelphia, Pennsylvania.  Commissioned in February 1864, she joined the North Atlantic Blockading Squadron and was soon assigned to the North Carolina Sounds.  On May 5, 1864, she participated in a battle with the Confederate ironclad, CSS Albemarle.  Later that month, Baldwin was one of five enlisted men aboard Wyalusing who volunteered for a hazardous night time mission to attempt to sink Albemarle.  The plan was for swimmers to cross the Roanoke River with a line which was to be used for hauling two torpedoes across the river.  Although historical records report the swimmers were successful in crossing the river and transferring two torpedoes across an island swamp, they were forced to abandon their plan to detonate the torpedoes against the Albermarle when their presence was detected by a sentry.  However, they were successful in preventing detection of the torpedoes and all five were eventually successful in returning to safety aboard Wyalusing.  For their actions the five men were each awarded the Medal of Honor.