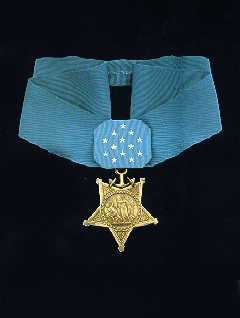 The President of the United States of America, in the name of Congress, takes pleasure in presenting the Medal of Honor to Private James Cooney, United States Marine Corps, for extraordinary heroism while serving with the 1st Regiment (Marines), in action in the presence of the enemy during the battle near Tientsin, China, 13 July 1900.  Private Cooney distinguished himself by meritorious conduct.