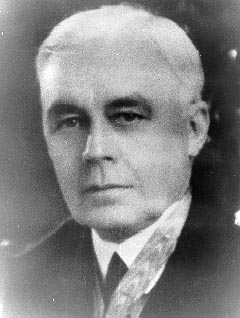 Excerpts from article published on 5/22/2015 in San Diego Union-Tribune in series on “Veterans Who Made A Difference To Their Country”:

To say that Vice Admiral Middleton Stuart Elliott came from a family with a long tradition of military service is an understatement.  VADM Elliott, who died in 1952 at age 80 at the Sawtelle Veterans Hospital in Los Angeles, served on active duty in the Navy for 40 years.  He was a surgeon and recipient of the Medal of Honor for his actions during the battle of Vera Cruz, Mexico, and retired to Coronado, where he lived with his wife, Alice Elliott, for about 15 years.  He was buried at Fort Rosecrans National Cemetery in Point Loma.  In all, five generations of Elliott's family have served about 145 years in the U.S. armed forces, according to Elliott's grandson, Philip Elliott Osborn, 77, who lives in Mount Pleasant, South Carolina.  Middleton Elliott's father, Middleton S. Elliott Sr., graduated from The Citadel, a military college in South Carolina, in 1862, and served in the Beaufort Volunteer Artillery, a Confederate Army unit, during the Civil War.  Elliott Sr.'s brother, Stephen, was a Brigadier General who fought for the Confederacy.  Like his father, Middleton Elliott was also a graduate of The Citadel, as were his son, grandson, and great-grandson.  Osborn said he met his grandfather five or six times, during family visits in between his own father's Navy deployments.  One of his few memories of his grandfather, said Osborn, was taking a walk with him and his big red dog during a family visit.

Middleton Elliott was born and raised in Beaufort, South Carolina, his family's ancestral home.  He attended medical school at Columbia College in Washington, D.C., now George Washington University, and began his naval service in 1896.  Early in his career he commanded naval hospitals in Parris Island, South Carolina, and Washington, D.C.  In 1914, Elliott was serving on the USS FLORIDA, a battleship, during an assignment off the coast of Vera Cruz, Mexico.  The U.S. government learned that a shipment of German arms was headed to Mexico where factions were battling for control of the country.  President Woodrow Wilson ordered U.S. forces to seize the customs house in the town and capture the guns, according to Prologue Magazine, a publication of the National Archives.  "The idea was to take the customs house and turn it into a fortress, and send out foot patrols to put down the insurrection," Osborn said.  The fighting took place over two days, April 21-22, 1914.  According to family lore, said Osborn, Middleton Elliott ventured out during the battle and carried wounded sailors and Marines to safety on his back.  "He did something extraordinary to treat the wounded under fire," Osborn said.  The citation on Elliott's Medal of Honor said he was "eminent and conspicuous in the efficient establishment and operation of the base hospital, and in his cool judgment and courage in supervising first aid stations on the firing line and removing the wounded."

Middleton Elliott also served in the Spanish-American War, and was commander of the Naval Hospital at Canacao, in the Philippines, during World War I.  Osborn's father, Philip R. Osborn, was a career Navy man who served as Captain of five different ships.  Osborn himself served for three years on active duty in the Navy before beginning a civil service career in human resources.  And Osborn's son, Eugene Osborn, is on active duty in the Navy working in the field of medical administration.  Recently he was posted at the Naval Hospital on Camp Pendleton.  His son's first posting after finishing graduate school, said Osborn, was close to home.  "By divine intervention, or something, he ended up in Beaufort where the ancestors came from."

In 2004 officials decided to name a new elementary school in Beaufort after VADM Middleton Elliott.  The school is operated by the Department of Defense for the children of military members stationed at the Parris Island Marine Corps Recruit Depot and other nearby bases.  Osborn and his son were on hand for the ribbon-cutting ceremony which he said was a proud moment for his family.  Middleton Stuart Elliott was the first medical officer to reach the rank of Vice Admiral.