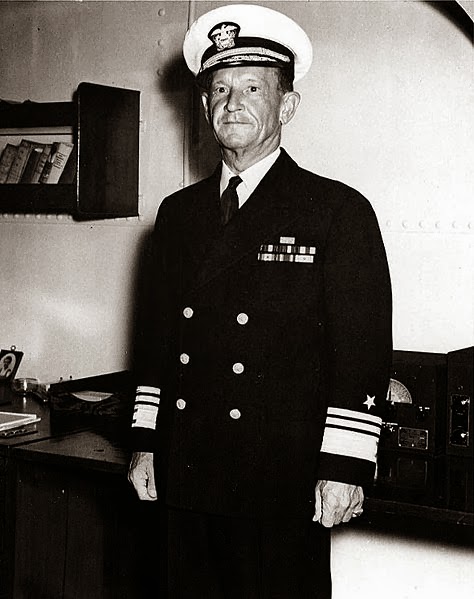 After graduating from Marshalltown High School in 1902, Fletcher attended and graduated from the U.S. Naval Academy at Annapolis, Class of 1906. He was the nephew of Vera Cruz commander and MOH recipient Frank F. Fletcher. During World War I he received the Navy Cross as commander of the U.S.S. Benham. He graduated from the Naval War College in 1930 and the U.S. War College in 1931. In World War II he was second in command to Vice Admiral Halsey in the Marshall and Gilbert Island raids of 1942. Retiring as an Admiral in the U.S. Navy, he achieved the highest rank of any MOH recipient from the State of Iowa.

The President of the United States of America, in the name of Congress, takes pleasure in presenting the Medal of Honor to Lieutenant Frank Jack Fletcher (NSN: 0-6132), United States Navy, for distinguished conduct in battle attached to the U.S.S. FLORIDA, during the engagements of Vera Cruz, Mexico, 21 and 22 April 1914. Under fire, Lieutenant Fletcher was eminent and conspicuous in performance of his duties. He was in charge of the ESPERANZE and succeeded in getting on board over 350 refugees, many of them after the conflict had commenced. Although the ship was under fire, being struck more than 30 times, he succeeded in getting all the refugees placed in safety. Lieutenant Fletcher was later placed in charge of the train conveying refugees under a flag of truce. This was hazardous duty, as it was believed that the track was mined, and a small error in dealing with the Mexican guard of soldiers might readily have caused a conflict, such a conflict at one time being narrowly averted. It was greatly due to his efforts in establishing friendly relations with the Mexican soldiers that so many refugees succeeded in reaching Vera Cruz from the interior.