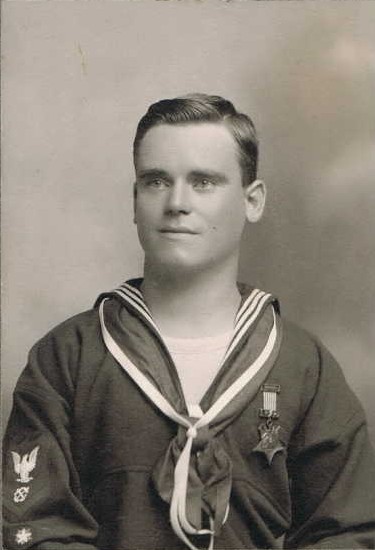 USS President Lincoln was a troop transport in the United States Navy during World War I.

Formerly the German steamer President Lincoln of the Hamburg-American Line, was built by Harland and Wolff, Belfast, in 1907; seized in New York harbor in 1917; turned over to the Shipping Board, and transferred to the Navy for operation as a troop transport.

Having been damaged severely by her German crew, President Lincoln underwent extensive repairs and conversion at Robin's Dry Dock and Repair Company, Brooklyn, New York. The ship commissioned as a Navy troop transport at Brooklyn on 25 July 1917, Commander Yates Stirling, Jr., in command.

President Lincoln made five voyages from New York to France, transporting approximately 23,000 American troops which she disembarked at Brest, France and St. Nazaire. Four cycles were completed without incident: October-November 1917, December 1917-January 1918, February-March, and March-May. She sailed from New York on her fifth and final trip to Europe on 10 May 1918. Arriving at Brest on the 23rd, she disembarked troops, and — escorted by destroyers — got underway on the 29th with troopships Rijndam, Susquehanna and Antigone for the return voyage to the U.S. At sundown on 30 May 1918, having passed through the so-called "danger zone" of submarine activity, the destroyers left the convoy to proceed alone. At about 09:00 on 31 May 1918, President Lincoln was struck by three torpedoes from the German submarine U-90, and sank about 20 minutes later. Of the 715 people aboard, 26 men were lost with the ship, and a Lieutenant Edouard Izac was taken aboard U–90 as prisoner. Survivors were rescued from lifeboats late that night by destroyers Warrington and Smith. They were taken to France, arriving at Brest on 2 June.

In action with the relief expedition of the Allied forces in China during the battles of 13, 20, 21 and 22 June 1900. June 13: Seach and 6 others were cited for their courage in repulsing an attack by 300 Chinese Imperialist soldiers and Boxer militants with a bayonet charge, thus thwarting a planned massive attack on the entire force. June 20: During a day-long battle, Seach ran across an open clearing, gained cover, and cleaned out nests of Chinese snipers. June 21: During a surprise sabre attack by Chinese cavalrymen, Seach was cited for defending gun emplacements. June 22: Seach and others breached the wall of a Chinese fort, fought their way to the enemy's guns, and turned the cannon upon the defenders of the fort. Throughout this period and in the presence of the enemy, Seach distinguished himself by meritorious conduct.[1]