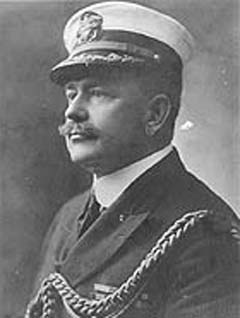 The President of the United States of America, in the name of Congress, takes pleasure in presenting the Medal of Honor to Lieutenant John Grady, United States Navy, for distinguished conduct in battle during the engagement of Vera Cruz, Mexico, 22 April 1914. During the second day's fighting, the service performed by Lieutenant Grady, in command of the 2d Regiment, Artillery, was eminent and conspicuous. From necessarily exposed positions, he shelled the enemy from the strongest position.
General Orders: War Department, General Orders No. 177 (December 4, 1915)